Tech News : Overhyped And A Long Wait For 5G Benefits

A recent Uswitch.com study has concluded that 5G connectivity has been overhyped, with many users yet to experience any real improvements in mobile speed or reliability.

The study found that:

– One in six mobile users felt the power of 5G technology had been overstated.

– Less than half of those surveyed said they had seen any noticeable speed or reliability improvements since upgrading.

– There is a divide between urban and rural areas. For example, 17 per cent of those in the countryside said they had never been able to connect to a 5G network (three times as many as those in cities).

– There are large regional variations, with some parts of the UK struggling for other signals too. For example, in Yorkshire, only 48 per cent of residents said they receive a reliable 4G service, and 14 per cent said they often had to use a 1990s-style 2G network.

What Are The Benefits Supposed To Be?

5G (fifth generation) connectivity, the successor to 4G, uses 3 different spectrum bands instead of just the low-band spectrum or LTE used by most carriers. 5G should be up to 20 times faster than the current 4G technology can provide, i.e. 20Gbps for 5G compared to 1Gps for 4G. The benefits 5G is supposed to offer include faster speeds and less latency. In theory, this should mean big improvements in broadband (particularly commercial), ultrafast speeds to mobiles and an end to slowdowns during busy times of day that have been experienced due to the overcrowding of the current limited LTE.

Why Isn’t It Happening?

In reality, as highlighted by a recent Ofcom study, the UK’s current average 4G speeds are well below 1Gps, with many customers experiencing average speeds of 20Mbps. In Uswitch’s own test, although 5G compared favourably against 4G, it was only measured at 450 Mbps (almost half a gigabyte), nowhere near its maximum 5G connection speed of 20Gbps.

As highlighted by Ernest Doku, telecoms expert at Uswitch.com, despite more than a decade’s research, 5G was only just trialled in the UK 3 years ago and, as such, the technology is not yet living up to its potential because it is “still in its infancy”. Mr Doku pointed to the twin challenges of the technology not yet reaching its potential and not being readily available to all as hurdles to overcome before “5G could well play a pivotal role in connecting our homes in ways we may have never imagined”.

4G speeds are still well below where they are expected to be for many users in different parts of the UK, let alone expecting to get the real benefits of 5G any time soon. As highlighted by the study, there are big differences in connection speeds in different UK regions and between urban and country areas which means that businesses based in more rural areas of the country (e.g. Yorkshire) will be at a disadvantage to businesses in major cities. The study has also highlighted how 5G technology generally is in its infancy in the UK. Countries like North America, China, Japan, and South Korea are well ahead in their availability and use of the benefits of 5G technology and only 6 European markets had 5G Availability above 20 per cent by Q4 202, with the Netherlands leading the European countries. This means that European businesses are at a considerable communications competitive disadvantage to US and Asian businesses, and the wait for consistent 5G that lives up to its potential in the UK looks like being quite a long and frustrating one for many UK businesses. 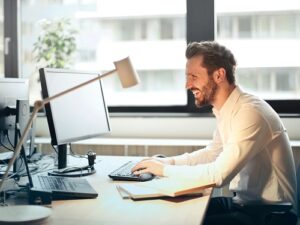 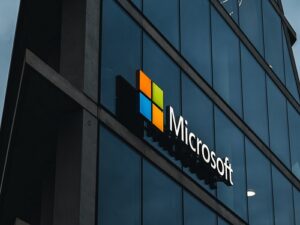 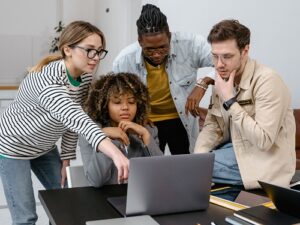